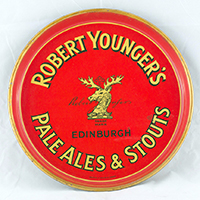 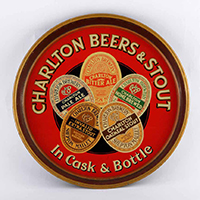 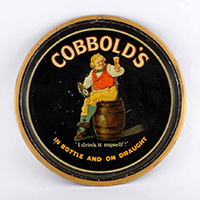 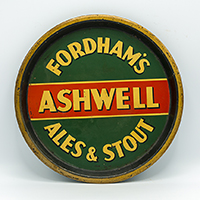 Sir Joseph Causton Ltd were printers, publishers and stationers for more than a century. Amongst their substantial range of products they also produced some of the finest examples of British brewery trays. I only have a few Causton items but each one is of the highest quality and amongst some of my favourites in the whole collection. There are still many gems out there and these trays are probably the most sought after, and ones which always produce a sense of excitement when discovered.

In 1863, Joseph Causton and his son, also named Joseph, developed the printing company which was to become Sir Joseph Causton & Son Ltd. The Company was described as a wholesale stationer and printer in Bridge Ward with a large warehouse in Southwark Street, in London.

In 1869 Joseph Knight Causton, who was also a politician, was knighted by Queen Victoria at Windsor Castle and the Company was registered as Sir Joseph Causton & Sons Ltd in that year. Sadly he died only two years later in 1871 leaving his sons Joseph, Richard as Chairman, and James as Managing Director, to run the Company.

One of the sons Richard Knight Causton was famous in his own right for being a Liberal politician who sat in the House of Commons during two periods between 1880 and 1910 becoming Lord Southwark in 1910. 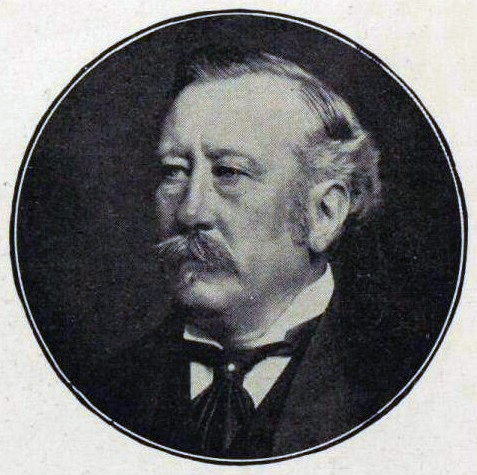 An 1881 calendar is evidence that the main wholesale, export stationer, printer and lithographer business was based at 47 Eastcheap London E.C where all communications were directed. In addition the Company owned a branch office at 1 New Court, Carey Street, Lincoln’s Inn W.C, a printing & lithographic works at 114 Southwark Street & Zoar Street S.E. and an account book & envelope factory at 89 Southwark Street S.E. 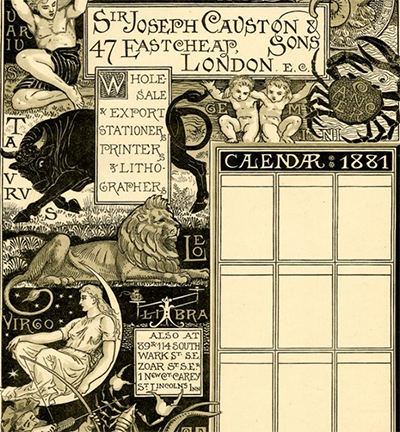 The factory at 114 Southwark St was not always immune from Health & Safety breaches, and a fine imposed for not containing smoke within two furnaces was an example of this.

Indeed Causton’s also lost an employee contract case in 1886 proving they weren’t exactly exemplary employers either. Despite a few misdemeanours over three decades the Company continued to grow.

As for trays, I am unsure as to when first production runs occurred or at which premises they were manufactured, but my assumption is that it was during the 1910’s as evidenced by a tray produced for Samuel Allsopp & Sons Ltd picturing the Royal Procession in Ascot which started in 1911. Other breweriana items such as jugs and showcards had either been commissioned or manufactured much earlier, around the turn of the century. 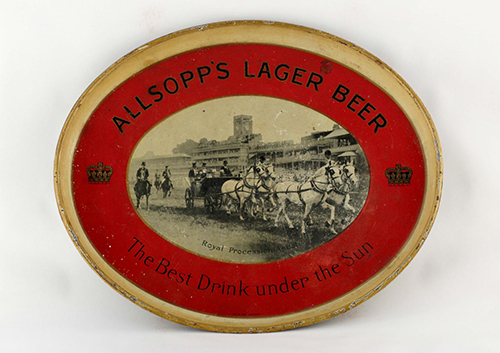 By 1886 the Head Office had moved from 47 to 9 Eastcheap. A jug produced for Bass, Ratcliff & Gretton Ltd dating from 1902 to commemorate the Coronation of Edward VII and his wife Alexandra and a letterhead dated 1911 confirm this change of address. 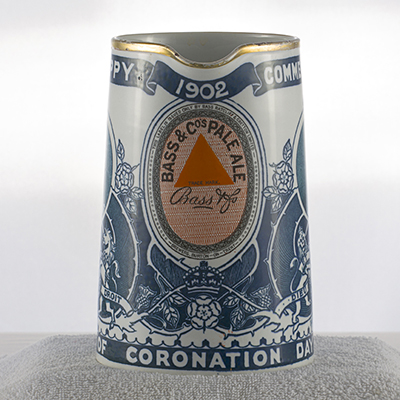 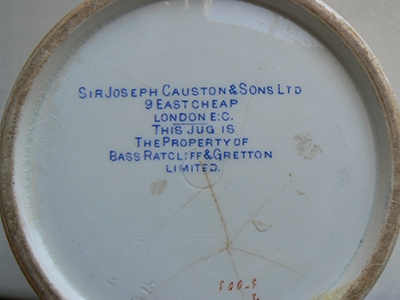 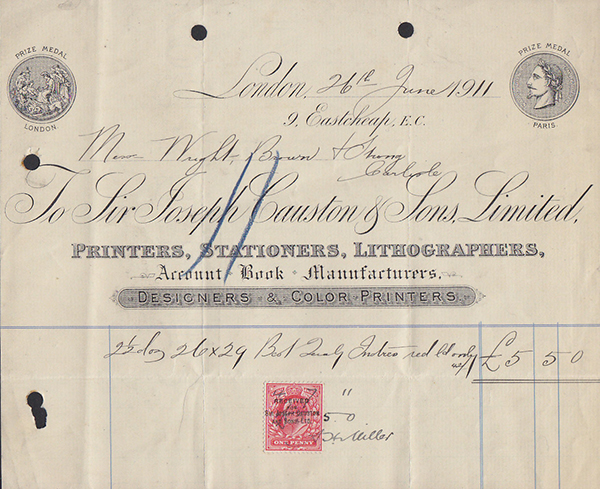 Between 1900 and 1914 the Company had acquired an additional large printing works situated at 139-143 Clapham Road in Stockwell. The building photographed here in 1914 was just before the outbreak of war. 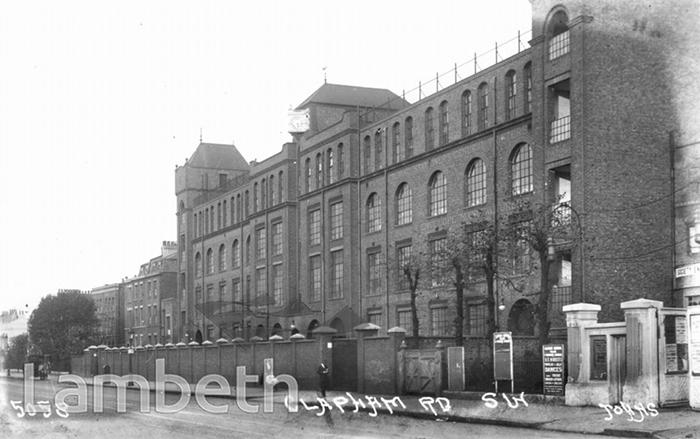 Whilst many tray manufacturers were commandeered to produce practical metal items for the First World War it appears that Causton’s printing services were most in demand. The Company produced thousands of propaganda and rallying posters, and, in particular for the Parliamentary War Savings Committee, encouraging everyone to part with their savings and ‘turn cash into bullets!’. 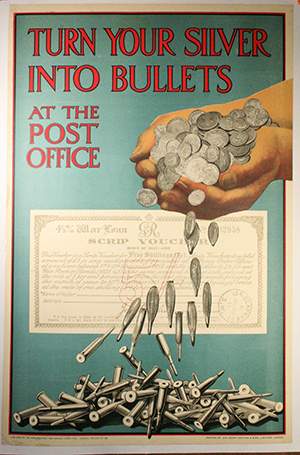 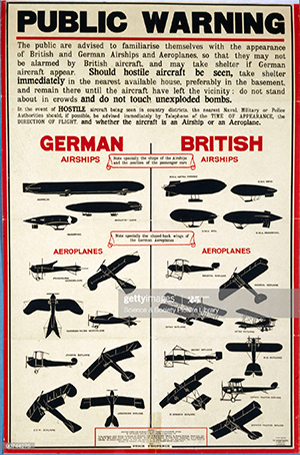 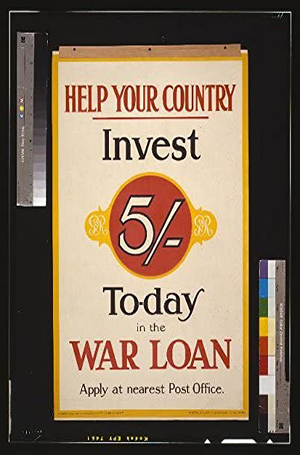 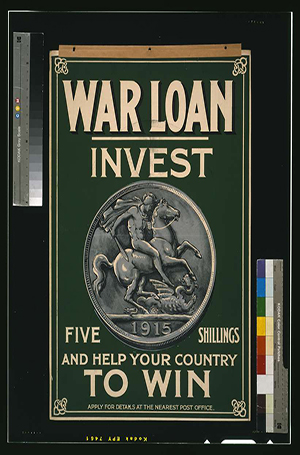 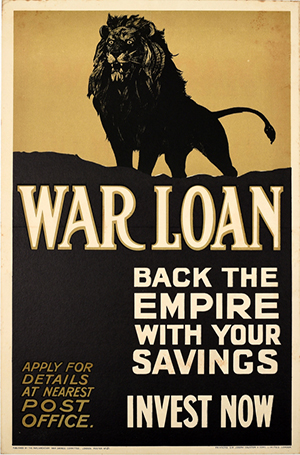 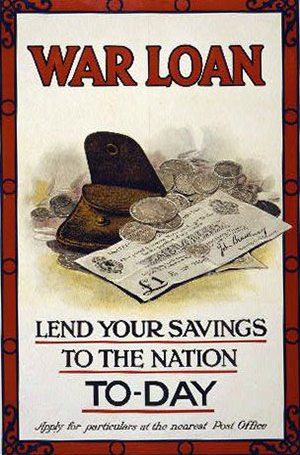 The 1920’s and 1930’s were also the decades where tray production was highest. I think that batch runs were never as high as other major tray manufacturers such as Hancock, Corfield & Waller Ltd and B.A.T.Co. Ltd, hence they are harder to find, but some stunning individual examples were produced during this period, not least a couple of my favourite trays from the 1920’s, an Alton & Co. Ltd and a Thomas & James Bernard Ltd. 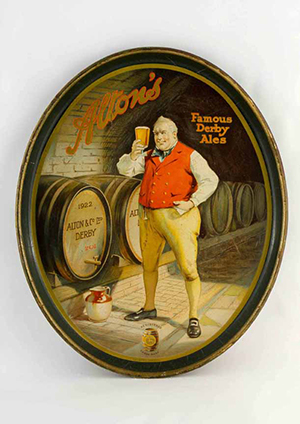 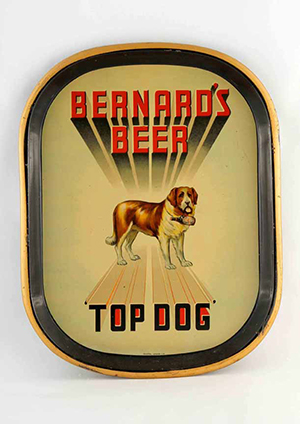 In 1936, due to the continued expansion of the business it was decided to relocate the main manufacturing facilities to Eastleigh in Hampshire. Initially the Head Office remained at Eastcheap in London but moved to Brettenham House in Lancaster Place shortly afterwards.

The factory in Stockwell was sold to the Freemans catalogue company in 1937.

The new large printing works built in Eastleigh, based in Brookwood Avenue, was at the time a ‘state of the art’ facility. 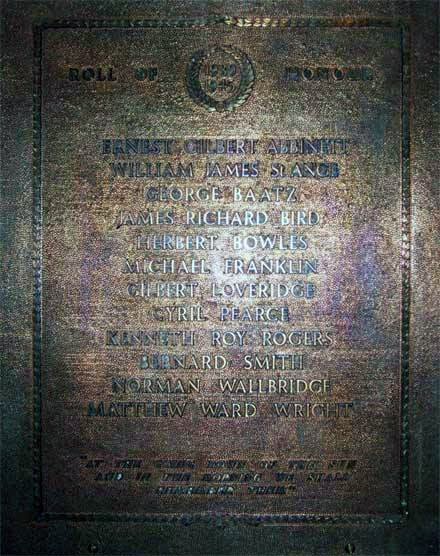 With the outbreak of the Second World War once again the Company helped in the war efforts both from a manufacturing and human perspective. War posters were produced by the thousand and also secret maps were printed for the Government in a specially bricked off part of the complex.

Many of Causton’s employees served their country directly and a number lost their lives. A bronze ‘Roll of Honour’ plaque was produced in memory of twelve workers and was positioned in the reception foyer where it stood until it was rescued before redevelopment after closure. The original Roll of Honour is now in the Eastleigh Museum.

In 1944 their London Head Office moved to 72 Fleet Street.

Tragically, the Stockwell factory, which had been sold to Freemans just before the war, took a direct hit killing 23 employees, mostly young women, who drowned in their shelter due to shattered water pipes.

From a financial perspective the war did not seriously affect business and indeed by the end of the 1940’s the Company was making healthy profits. One of the main generators of income was labels for household brands including Marmite and Guinness. A 1949 aerial photograph of the Eastleigh factory gives some perspective on the size of operations. 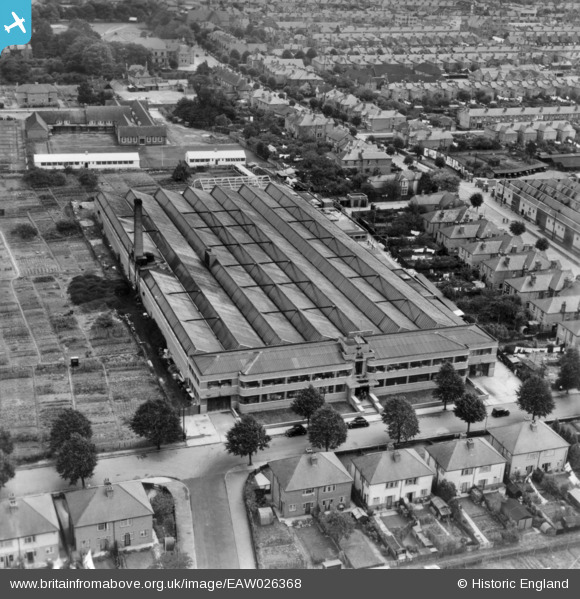 It appears that the early 1950’s were also very lucrative and a post-war acquisition strategy resulted in the Causton Group of Companies owning at least six other printers, publishers and engravers. The group now had offices in Glasgow, Liverpool, Birmingham, Sheffield, Leicester and Bristol.

Tray manufacturing ceased after 1950. The only post-war tray produced by Causton at one of their London factories was a light alloy example advertising ‘Showerings Champagne Cider’. It can be concluded that the Eastleigh factory never actually manufactured trays with all production of these items concentrated in London. 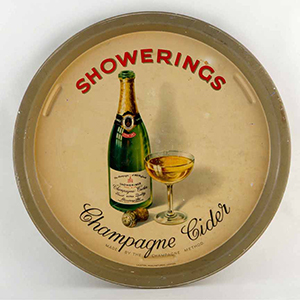 The late 1950’s and 1960’s were the period when business got tougher. In 1959 Union clashes caused six weeks of stoppages in all the factories and after 80 years of production the Southwark Street premises were closed. 1964 saw a restructuring of the Company after three years of falling profitability with Sir Joseph Causton & Sons Ltd becoming a holding Company and production controlled by a subsidiary company, the Causton Press Ltd.

By the mid 1970’s the Company was losing money and despite a buy-out of shares by Christopher Bland, and a brief recovery, profits diminished and two loss making colour printing plants, including the one in Eastleigh, were sold in 1983. By the 1980’s Causton’s principal operation was envelope manufacturing.

After a takeover by Norton Opex in 1984 and a subsequent hostile takeover by Bowater, the inevitable happened, and Sir Joseph Causton & Sons Ltd ceased trading in 1989.

Accounts were filed with Companies House for the final time in 1993.

When the Company ceased trading this ended the ownership of six generations of the Causton family. The last remaining part of the business having been sold to the Rexam Group, the Causton name has survived only as Rexam Causton Envelopes Ltd based on Smithe Close in Eastleigh.

The Eastleigh site was demolished in 2003 for a new housing development named Causton Gardens and the Stockwell site was also redeveloped into luxury apartments.

Certainly, brewery trays were not a significant sales generator for Sir Joseph Causton & Sons Ltd but in my mind they were one of the great products. Any tray, or indeed any piece of brewery memorabilia with the Causton mark on it, ranks amongst some of the best in any collection. 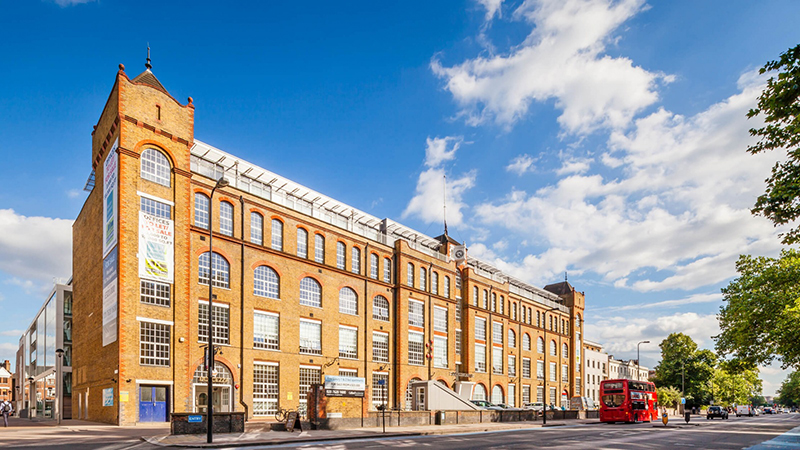 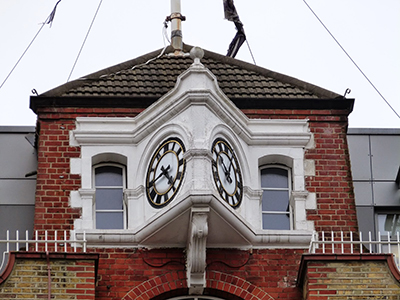 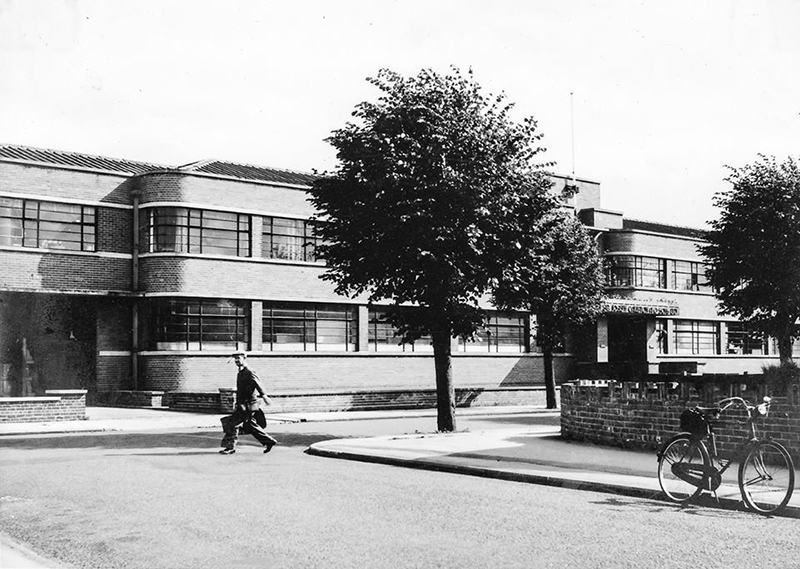 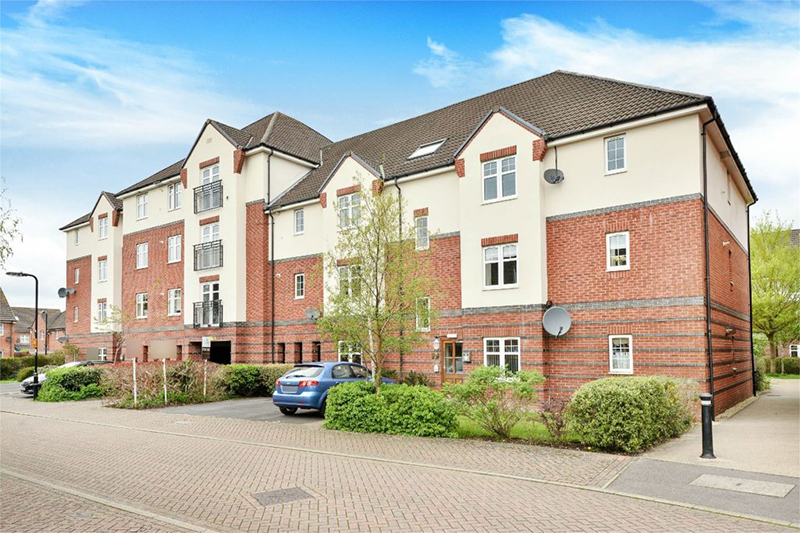 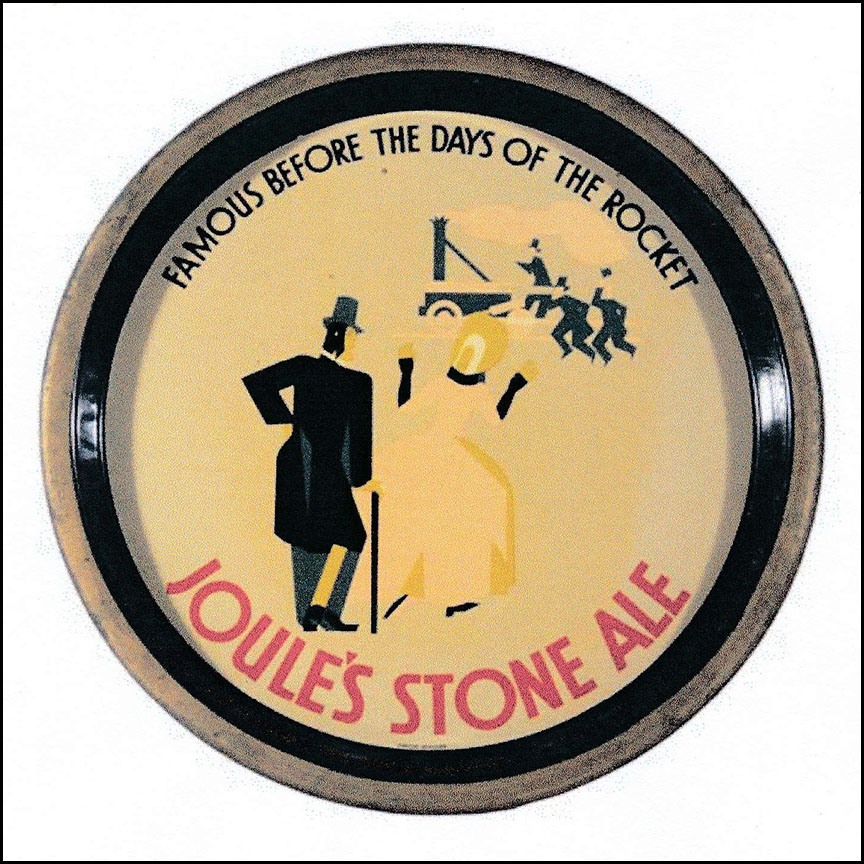