The manufacturer who produced trays for the longest period is Hancock Corfield & Waller Ltd (HCW Ltd). Bearing in mind my collection covers the century 1870 to 1970, I have definite known trays from HCW Ltd from 1900 to 1970.

HCW Ltd still exists today with its headquarters being based in Epsom, Surrey. Waiter trays are this company's longest running product line - www.hcwltd.com

Despite the length of time HCW Ltd has been producing trays, surprisingly this manufacturer is not the largest in terms of the number of different trays in my collection.

The honour of having produced the biggest number of different trays in my collection goes to Reginald Corfield Ltd who produced trays from 1935 to 1970.
Indeed this manufacturer produced over double the number of HCW Ltd (who were the second biggest). In fact just 3 manufacturers, Reginald Corfield Ltd, HCW Ltd and The Metal Box Co Ltd account for 56% of the collection. When taking into account that 31% of trays did not have a maker's mark and knowing that the vast majority of those that are unmarked are from the three above then I estimate 80%+ were produced in total by them. For an unknown reason manufacturers preferred not to leave their maker’s mark, apart from a handful of examples, on trays produced using aluminium for the period after WW2.

The period in which waiter trays were produced in the largest numbers was in the late 1950's and 1960's. This was a period when Reginald Corfield Ltd was producing by far the largest volume of trays.

In an interview with Christopher Corfield-Moore who was the Managing Director of HCW Ltd from 1966 until 1970 he confirmed the following in terms of production runs in the 1950's & 1960's.

In terms of location Birmingham was the city which over the years had the highest number of manufacturers, however London produced the biggest volumes.
In the earliest years of manufacturing Scotland was a key manufacturer of both copper and brass trays.

For the purpose of this website I have targeted 5 manufacturers to investigate their history in more detail.

Each will have their own difficulties for researching therefore if anyone has any pictures, information or stories regarding the following then please do not hesitate to get in touch.

I would like to uncover other trays depicting unrecorded manufacturers and would welcome a call on 07715 369540 if anyone has such items. 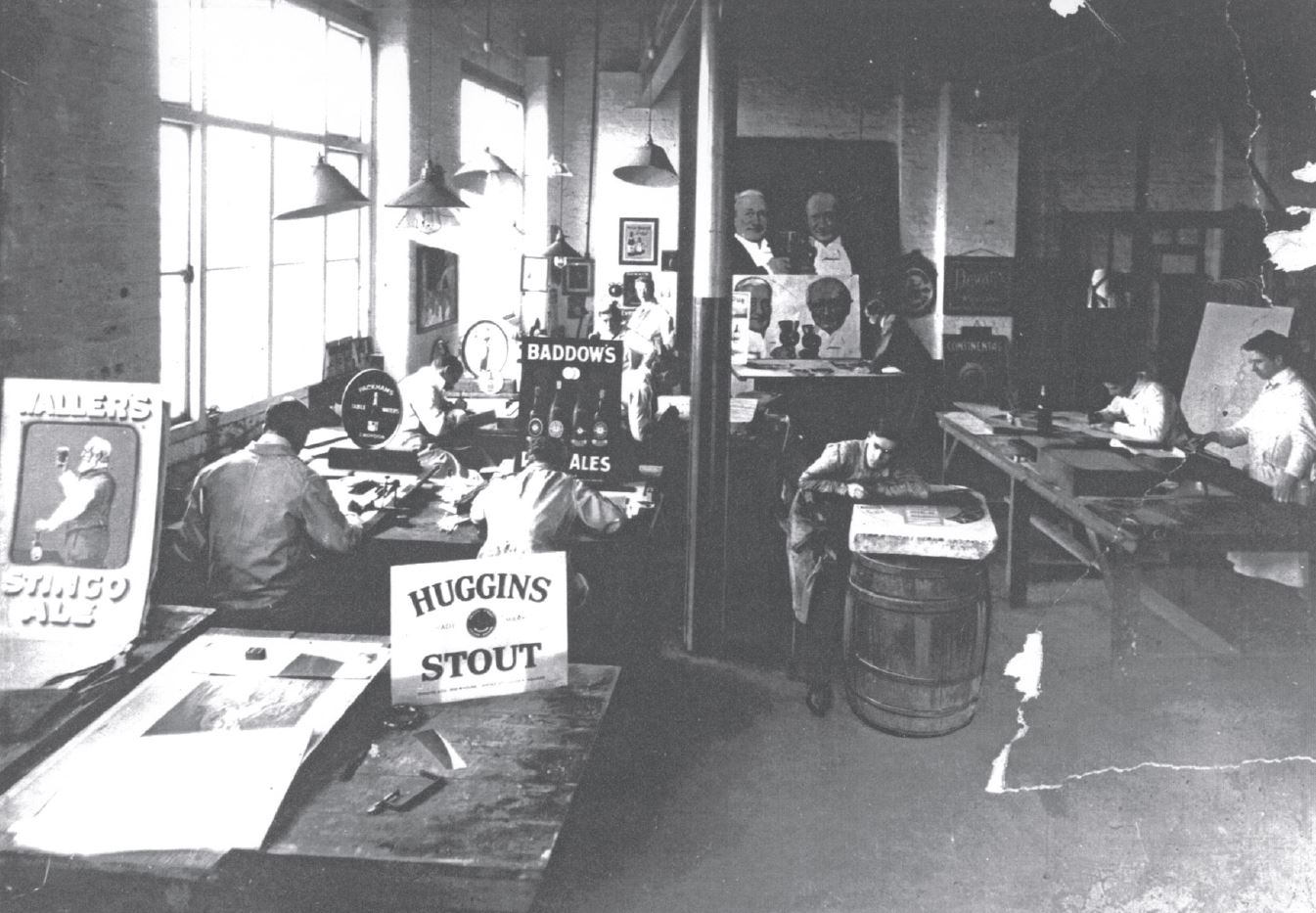 I have to confess that I am no production engineer and I do not completely understand the manufacturing process however the following appear to be the key steps: 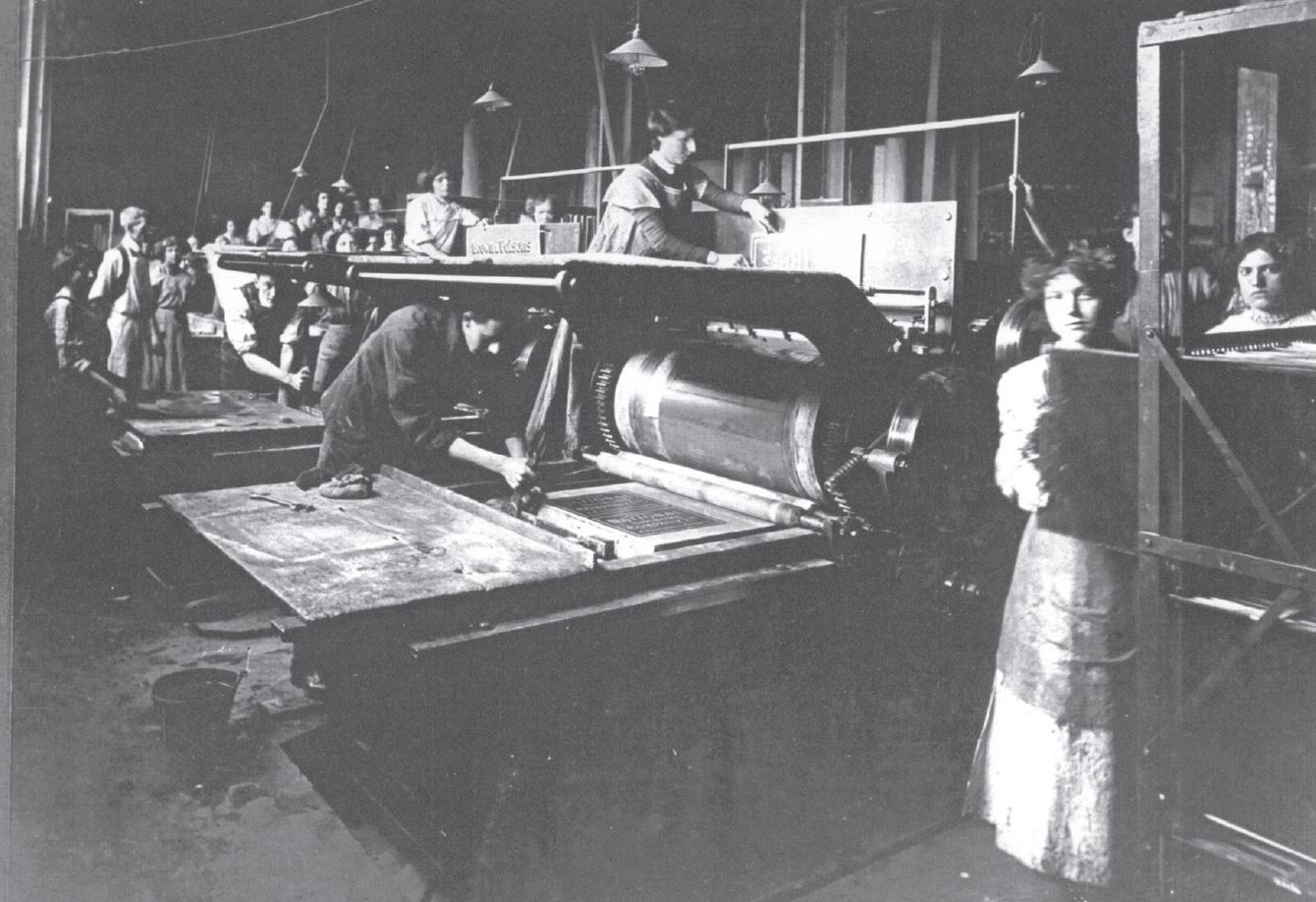 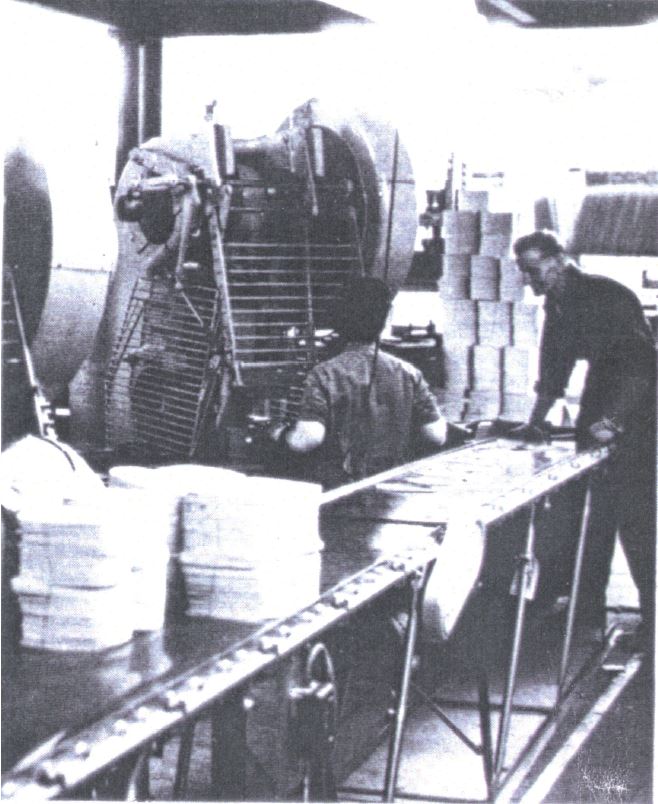 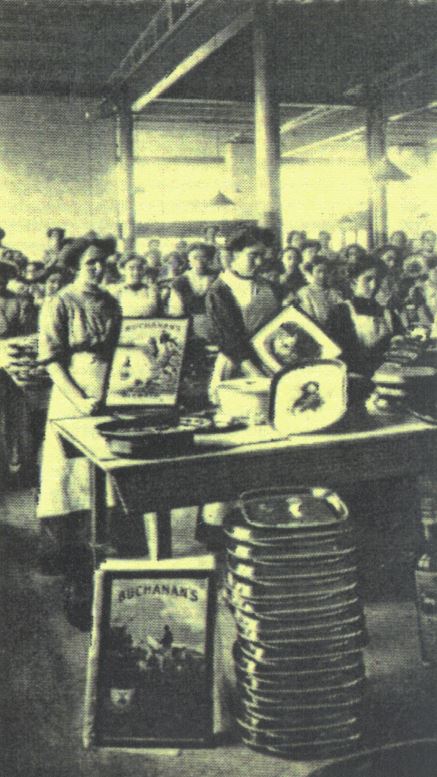 Hopefully the supporting photographs above give a sense of what it was like to work for these tray manufacturers.

Manufacturer's history is an area in which I have relatively limited information and my wish is to grow this in the future.
There were more than 43 manufacturers (41 known in this collection + 2 additionally known in the collection of Andrew Cunningham) and I therefore need help if possible.
My five favourite manufacturers and those producing over 80% of my collection, are those which I am particularly keen on further research.

The five which have separate information on this website are: